In visual basic, Exception is an unexpected event or an error which may occur during the execution of a program and it will provide necessary information about the error which occurred in our application.

Generally, the exceptions are thrown by .NET framework CLR (Common Language Runtime) or by the code in our program. Following is the example which will throw an exception when we execute it in visual basic.

Dim name As String = Nothing

If you observe the example, we assigned a Nothing value to the name variable and trying to validate the length of string variable.

When we execute the above visual basic program, we will get an exception like as shown below because the variable (name) value is Nothing or null.

The following diagram will illustrate more details about the exception classes in visual basic. 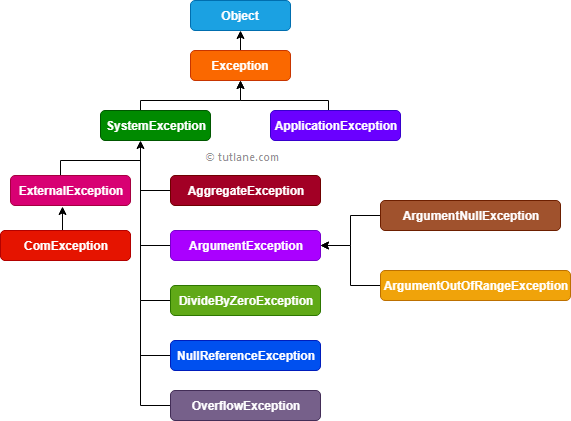 Following table lists some of the important exception classes available in visual basic.

Generally, in visual basic we can handle all the exceptions by using Try-Catch blocks. In the next chapter, we will learn how to handle exceptions in vb with examples.