In the previous chapter, we learned how to use the default Python IDLE editor to execute the python script files and statements. Like Python IDLE editor, we have different free and commercial python editors are available to build applications using python language.

Now, we will learn a few of the best free, open-source python editors to create, modify, and execute the python script files as well as single statements based on our requirements.

PyCharm is one of the most popular free open-source Python IDE to write the python programs. The PyCharm editor has built by JetBrains, and it includes features like smart code completion, code refactoring, unit testing, code debugger, etc. to build Python applications easily.

After opening the PyCharm window, click on the Create New Project option. It will open the New Project window for configuration like as shown below. 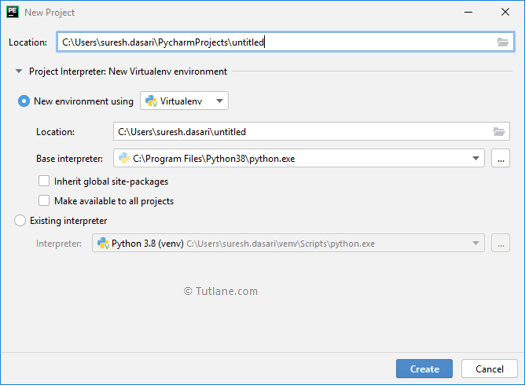 After creating the project, right-click on the helloworld project folder in the sidebar and select New à Python File, as shown below. 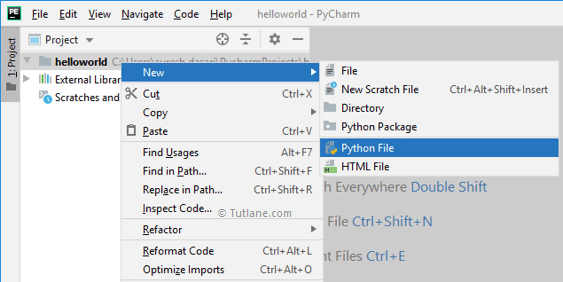 When you click on the Python File, it will prompt you to enter the python file's name. Give the file name (Ex: Welcome) and click Enter to create the file.

Now open the file and write the code like as shown below.

To execute the code, right-click on the code that you typed and click on Run ‘Welcome’ like as shown below.

When you click on the Run ‘Welcome’ option, it will execute the code and return the result like as shown below. 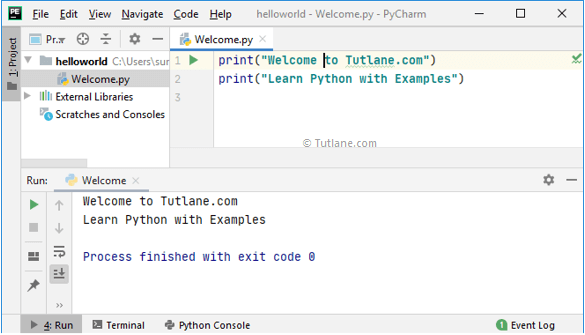 You can use JetBrains Pycharm IDE to create, modify, and execute python scripts and single-line statements based on your requirements.

Another useful Python IDE is Thonny IDE. By default, the latest version python bundled with Thonny IDE. So, you don’t have to install Python separately.

After completing Thonny IDE installation, open Thonny IDE, Go to File à select New and save the file with .py extension and write the code like as shown below. 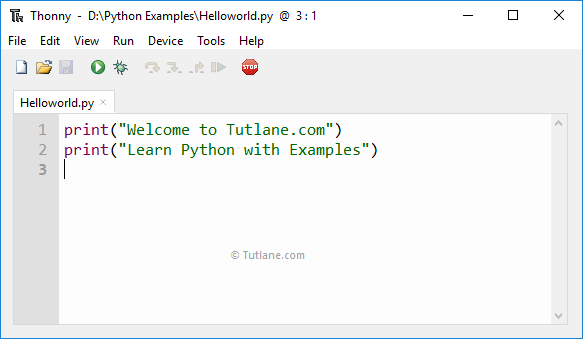 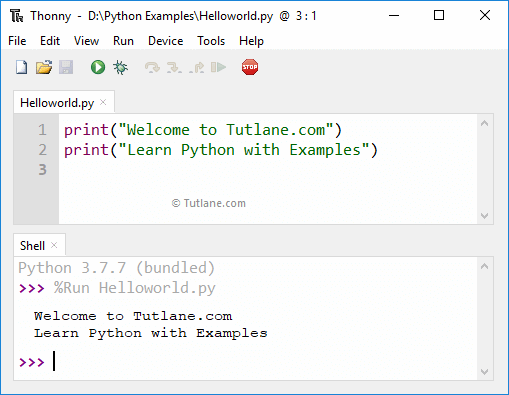 After installing the Python Extension, the VS Code editor will provide IntelliSense, code formatting, debugging, refactoring, etc. support while writing the code in python language.

Like this, different python editors are available to use it for your python application development.

The official python site itself has provided a Python Shell to execute the python programs online. When you open the Python Shell, you will see greater than (>>>) symbols to start type your code when the terminal is ready like as shown below. 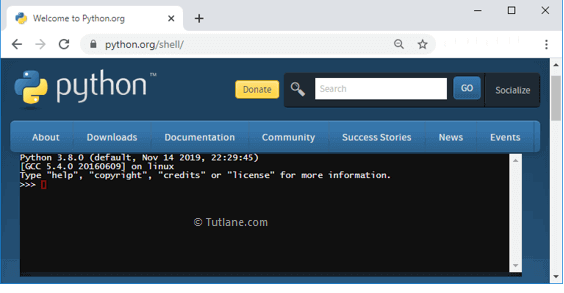 If you want, you can perform different operations based on your requirements. 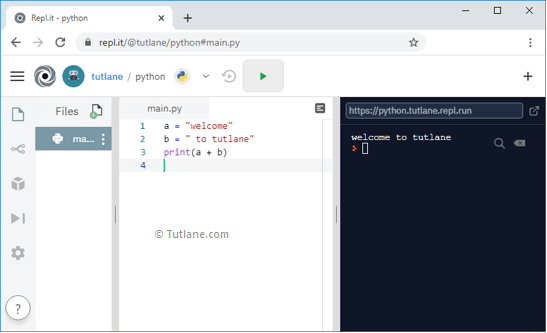 The code whatever you want to execute that code needs to be entered in the left pane, and if you click on the Run button, it will compile and show the result in the right pane.